Convenience stores are locations that provide a variety of services, meeting most of the needs of customers. The convenience of these stores is shown in the store location, opening/closing time of the store, and services suitable to the target customers of that store. The following is the list of Top 10 Convenience Store Chains in Vietnam. In 2020, you can see lots of Circle K, VinShop, Coopfoods, and Vinmart+.

Circle K convenience store chain of Red Circle Co., Ltd. was franchised from the US, established for a long time in 1951. Up to now, Circle K has become one of the most prestigious brands in the world. It officially appeared in Vietnam at the end of 2008. There are 17,180 stores around the world and more than 400 stores in Vietnam. Circle K captures the trust of customers because of its diversified and rich products and excellent customer care services.

Advantages: Occupying the “heart” of Vietnamese youth because Circle K has a youthful style, has a cool place to sit, a variety of fast food suitable for young people.

Disadvantages: Currently the Circle K chain stores are probably only deducted because the room temperature is quite low. 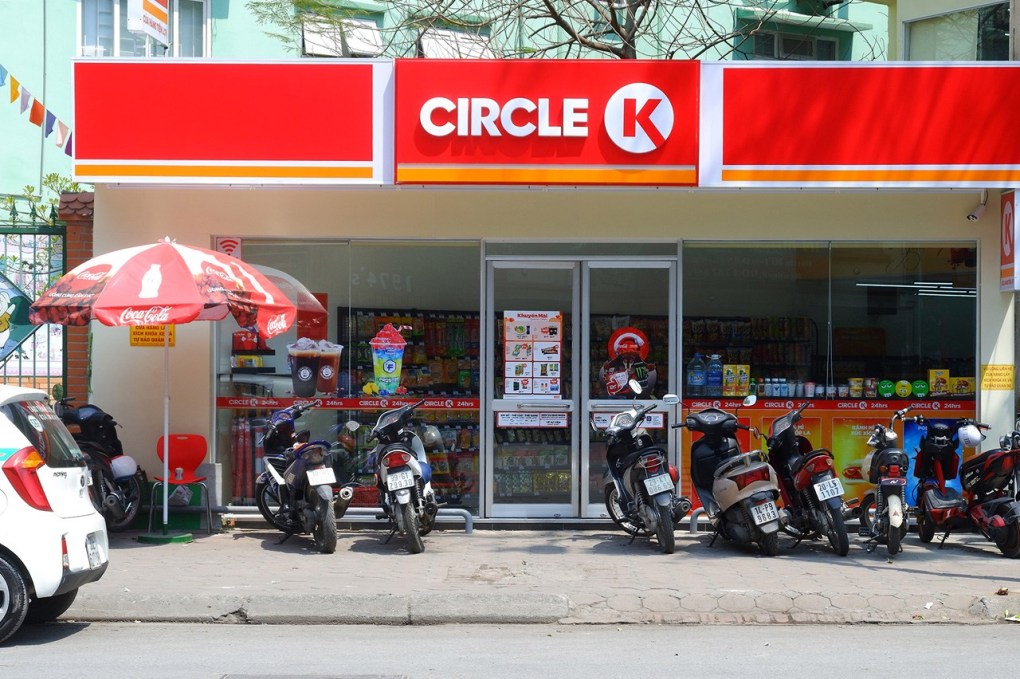 Family Mart store chain was born in Japan in 1973, the first store was launched in Taiwan and entered the Vietnamese market in 2009. According to the latest statistics, Family Mart spans across 8 countries and territories in the world with more than 23,800 including more than 100 stores in Vietnam. Concentrating on essential items and fast food, hot processed food; in addition to being hygienic and having seats is the strength that Family Mart service brings.

Advantage: Coming from Japan, thus having abundant capital and experience.

Disadvantage: Goods and services are not different. 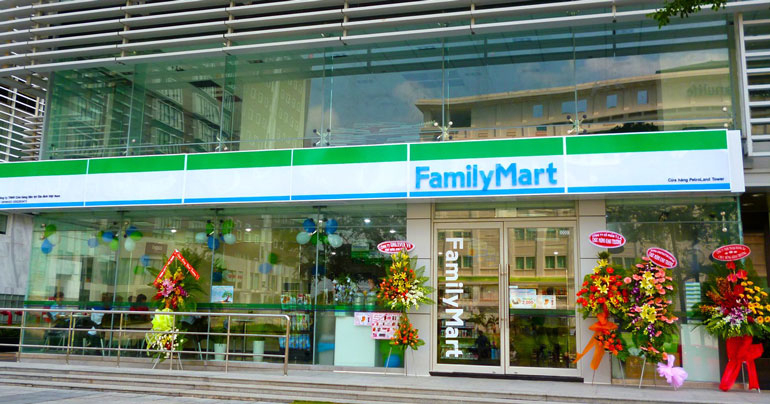 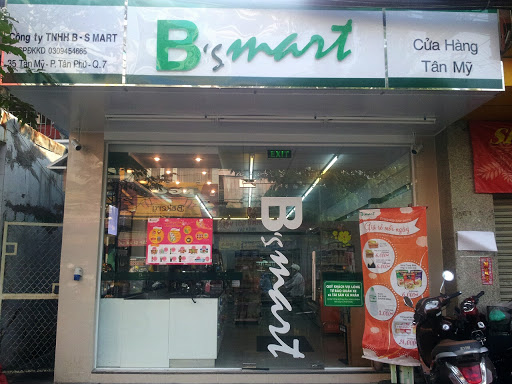 Convenience store chain 7 – eleven called Southland Ice was established in 1927 and headquartered in Dallas Texas (USA). It is considered the largest convenience store chain in the world with more than 62,000 stores present in 19 countries, opening an average new store every 2 hours. However, in Vietnam 7 – eleven only just joined in 2017; It was “born late”, so it has not been widely covered. Promising to be a “formidable” competitor in the retail market in Vietnam. 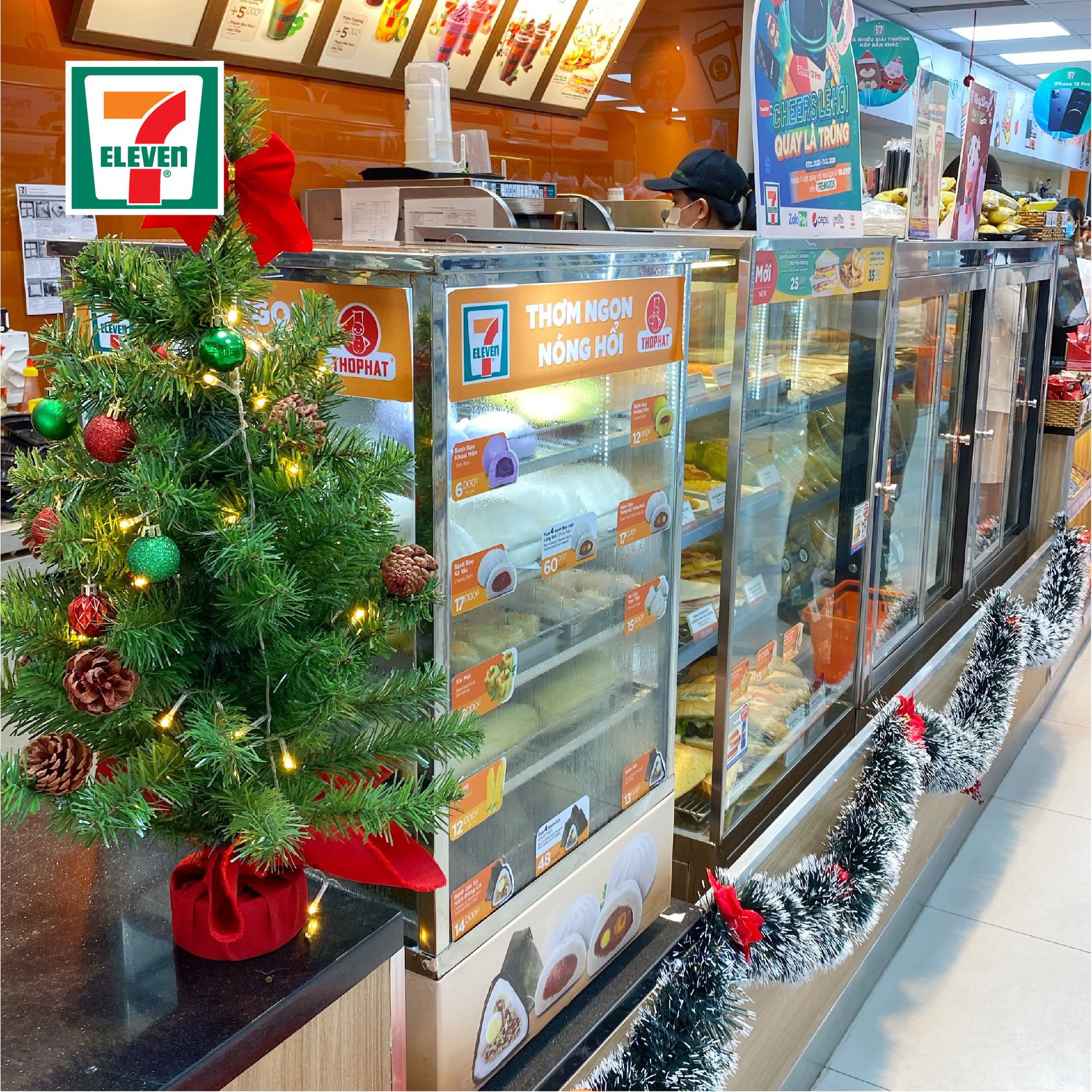 Ministop, a corner stop, a very friendly and lovely name. It is a member of the AEON group, the leading retailer in Japan. Ministop was founded in 1980 and features an in-store dining area. This is a combination of convenience stores and on-site fast food stores. 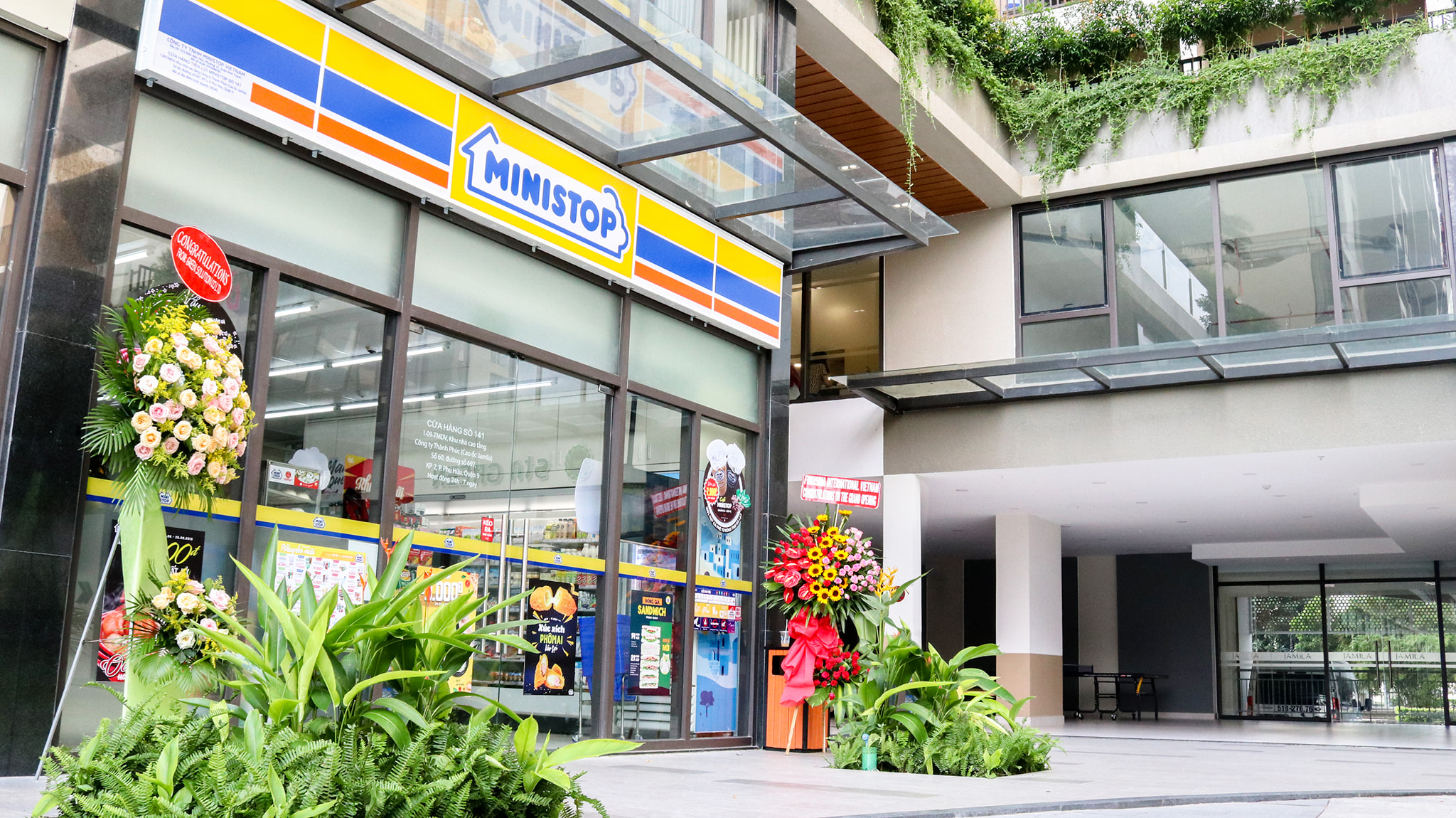 Established in 2005, the Shop and Vitality Company, the owner of the Shop & Go convenience store, operates mainly in the retail of consumer goods. Shop & Go is considered a pioneering chain in the convenience store business model. When entering Vietnam 15 years ago, Shop & Go hoped to embrace a convenient lifestyle of Vietnamese people. However, because of realizing the fierce competition of the retail market, not as simple as it might seem, Shop & Go officially ceded to Vincommerce in April 2019. At the time of transfer Shop & GO owned 87 stores in Vietnam.

Update: Shop & Go has sold all the stores to Vingroup.

Being a convenient supermarket system belonging to Masan Group, this system opened on November 20, 2014. This is a chain of stores that are in the top 2 retailers most interested by users and top 4 on the ranking of 10 prestigious retailers in 2017. In October 2018, VinGroup bought from a chain of 23 Fivimart supermarkets, a brand that has more than 10 years operating in the market, and merged with VinMart. After the merger, the number of Vin supermarkets is more than 100, along with more than 1,400 VinMart convenience stores. The boss “nothing but money” is currently leading in the number of stores in Vietnam. 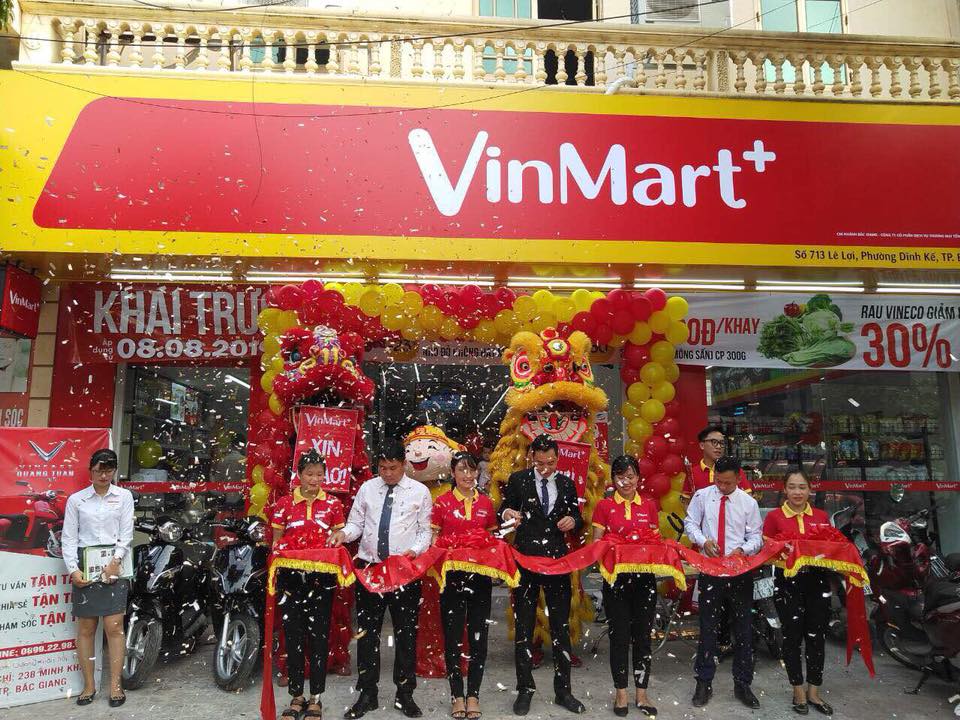 It is a convenience food store chain belonging to the Saigon Trading Corporation Satra One-member Limited. the first store was established in 2011. Up to now, Strafoods has opened more than 50 stores.

Advantages: Hitting hard on food, housewives, not investing in necessities and fast food compared to convenience stores like Circle K, Familymart …, which is a pretty wise step that is mainly for housewives; it don’t get into the market for global brands.

Disadvantage: Despite choosing another market to “avoid” global brands, it does not stand out from Green Department, a formidable competitor with a better strategy. 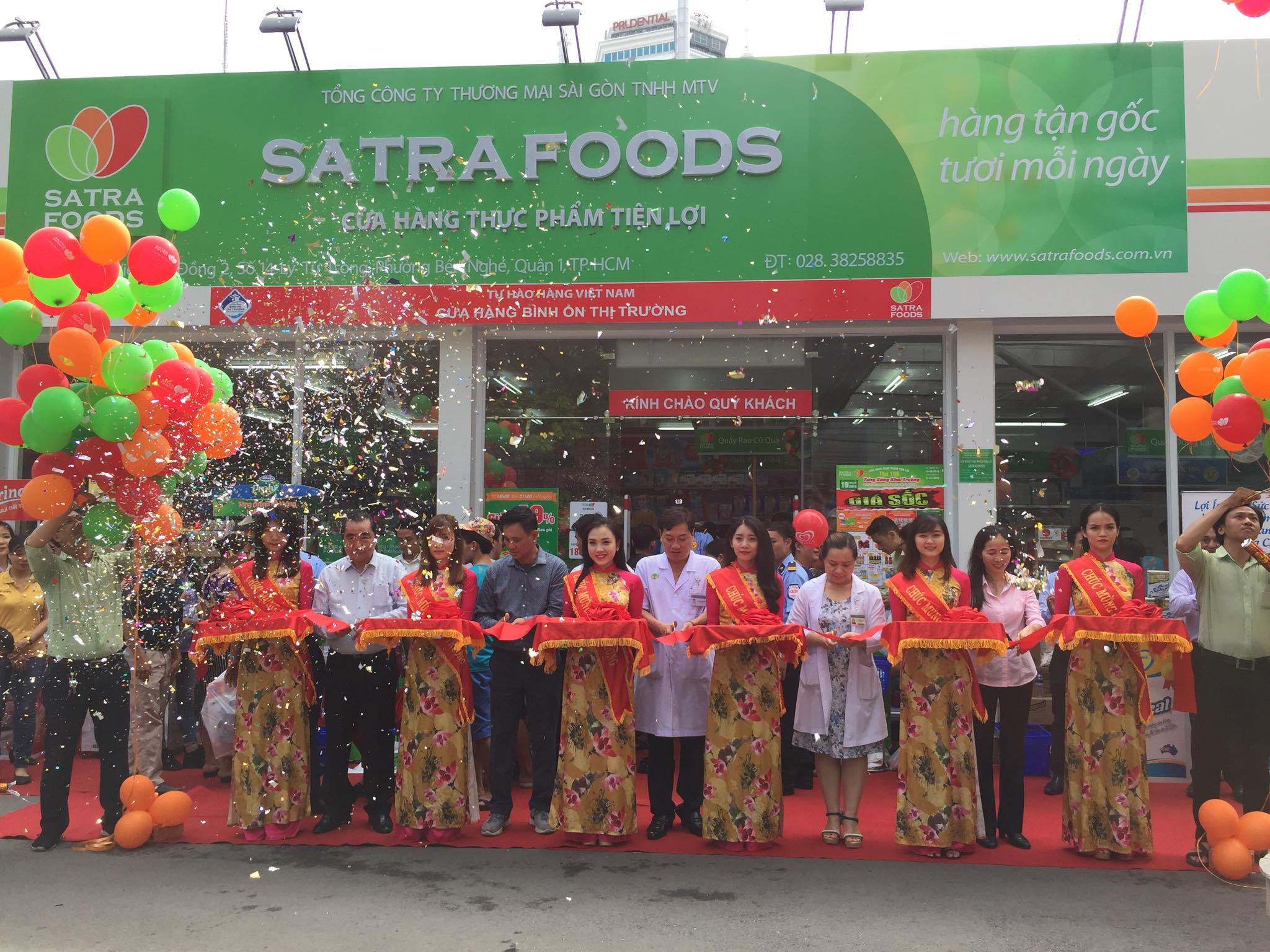 Cheers convenience stores entered Vietnam in 2017. It currently has more than 50 stores in HCMC. It is a chain of stores that specializes in serving basic necessities such as fast food, personal items. Especially, this chain of stores operates 24/7, suitable for everyone’s time frame. This is the brainchild of cooperation between Vietnam and Singapore. Specifically, the Cheers convenience store is a product of the Saigon Co-op and NTUC Fair Price joint venture. 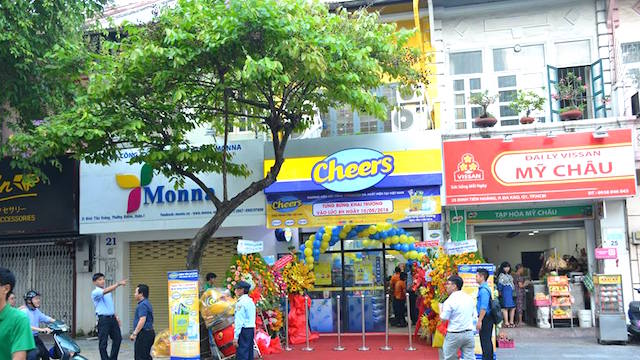 Vingroup officially launched VinShop to support thousands of grocery stores (“tiệm tạp hóa”): The owner who ordered everything in the world just through a single application, can increase income up to 10 million / month. Upon to 2020, 70% of the grocery stores in Vietnam are owned by vendors. On 5th October 2020, VinShop was officially introduced.

It is a Lotte Mart convenience store chain launched in April 2018. It provides products that cater to everyday consumer needs. It is mainly located in shopping malls, but has not been widely available individually.

Advantages: Based on the existing lotte system.

Disadvantage: There is no difference to be able to compete with the other “big”.

Which “tycoon” is dominating the convenience store market in Vietnam?

According to research by Nielsen, Vietnam is still one of the most vibrant retail markets in Asia – Pacific (After China and Indonesia) with a growth rate of nearly 12% per year, and it is expected to increase in size to nearly 180 billion USD by 2020. Therefore, the stores grow “like mushrooms” is understandable. In which, Ho Chi Minh City has the most convenient store – 995 stores, double the market in Hanoi, with 485 stores.